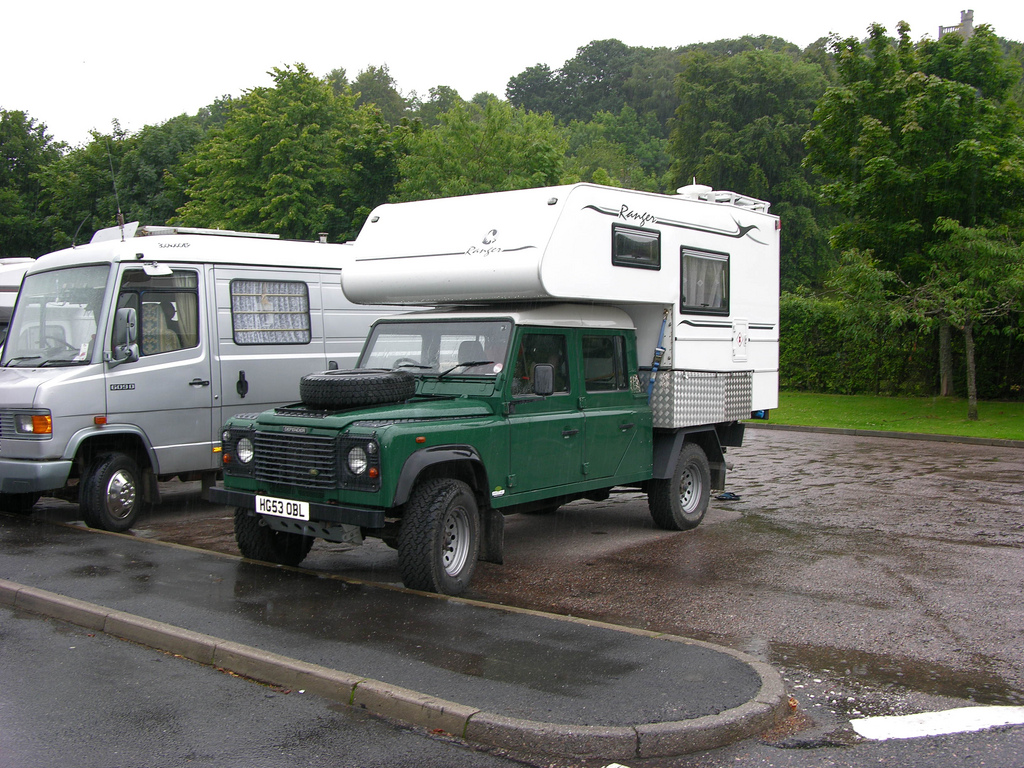 Here is a nice truck camper combo, a Land Rover Defender 127 with cab over slide in Ranger camper.

The 127 Land Rover was introduced in 1983.  Land rover 127 was built on a special production line, and originally a 110 4×4 chassis. The wheelbase was extended and additional 17 inches. This was done to accommodate bigger and heavy carrying capacity than the 110.  Its original usage as as a utility and military vehicle.  In the standard configuration it has a four door six passenger cab.  The front half is basically a 110 4×4 and rear of a 11o high capacity pickup.

Mounted to this truck is a Ranger truck camper. This is a cab over slide in type of camper.  The tuck bed is basically a flat bed allowing some space on the side to add cargo boxes. Ranger built camper during the middle 1980’s. Most models were best suited to sleep two people.  The company stopped production in 1987.