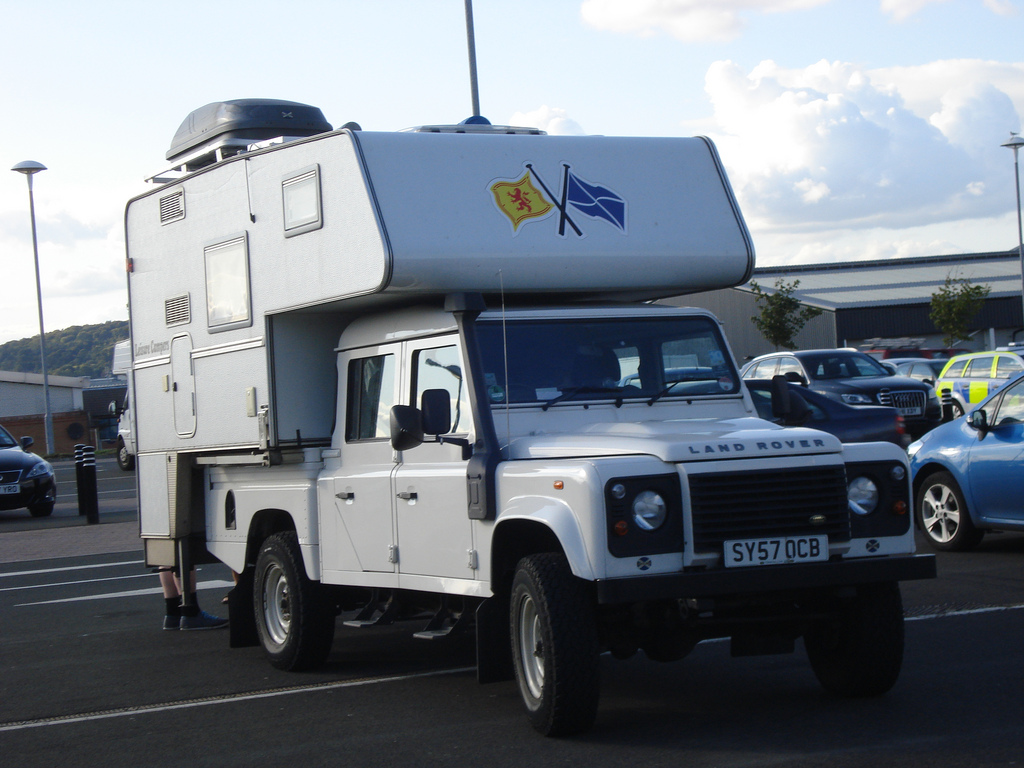 White 4×4 Land Rover crew cab with a cab over Leisure Campers camper. This truck camper sport in the front Scottish banners.  The Land Rover name was originally used by the Rover Company for one specific vehicle model, named simply the Land Rover, launched by Rover in 1948. Over the following years it developed into a marque encompassing a range of four-wheel-drive models. The design for the original Land Rover vehicle was started in 1947 by Maurice Wilks, chief designer at the Rover Company. Leisure Campers exported to the UK via a manufacture in Swedish  called S-karosser AB.